GREENOCK MORTON and Partick Thistle fans got involved in a brawl on the Cappielow terraces and home fans swarmed the pitch as crowd trouble spoiled their league game.

The game had potentially big ramifications at both ends of the board, with the Jags pushing for promotion and Morton looking to distance themselves from the drop.

It created a thrilling tie, but the tension in the stands eventually ended in a big pitch invasion by Morton fans after what turned out to be their side’s winner, who was scored by Robbie Muirhead to bring the score to 2-1.

Kyle Turner put the team away 1-0 after five minutes and there was a mini pitch invasion as a small group of Thistle fans ran in celebration.

A call came from the tannoy for the supporters to clear the pitch and with the help of the players they were finally kicked off.

Order was quickly restored, but only for a short time, with BBC Sportsound’s Chick Young reporting yet more trouble from the earthworks at Cappielow midway through the first half. 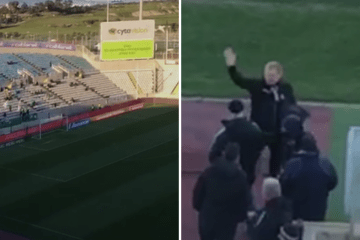 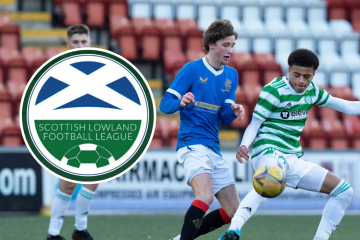 However, the broadcaster incorrectly cited Partick’s fans as the cause of the issue. Images on social media seem to suggest that it was Morton’s supporters who started clashing with the stewards.

Young said: “There was a bit of a battle out of the park as Partick Thistle fans congregated in the Wee Dublin End at Cappielow, if you know the pitch it’s west of the stand main.

“Maybe around 20 or 30 fans walked up to the Morton fans, trying to get to them, the stewards were among them and broke up.

“There was definitely a gathering of supporters.”

After a significant number of home fans rushed onto the pitch following Muirhead’s 86th-minute goal, a minority made their way to the park once the referee whistled at full time.

At the time of this writing, Police Scotland said SunSport that nothing about the crowd problems during the match had been brought to their attention.